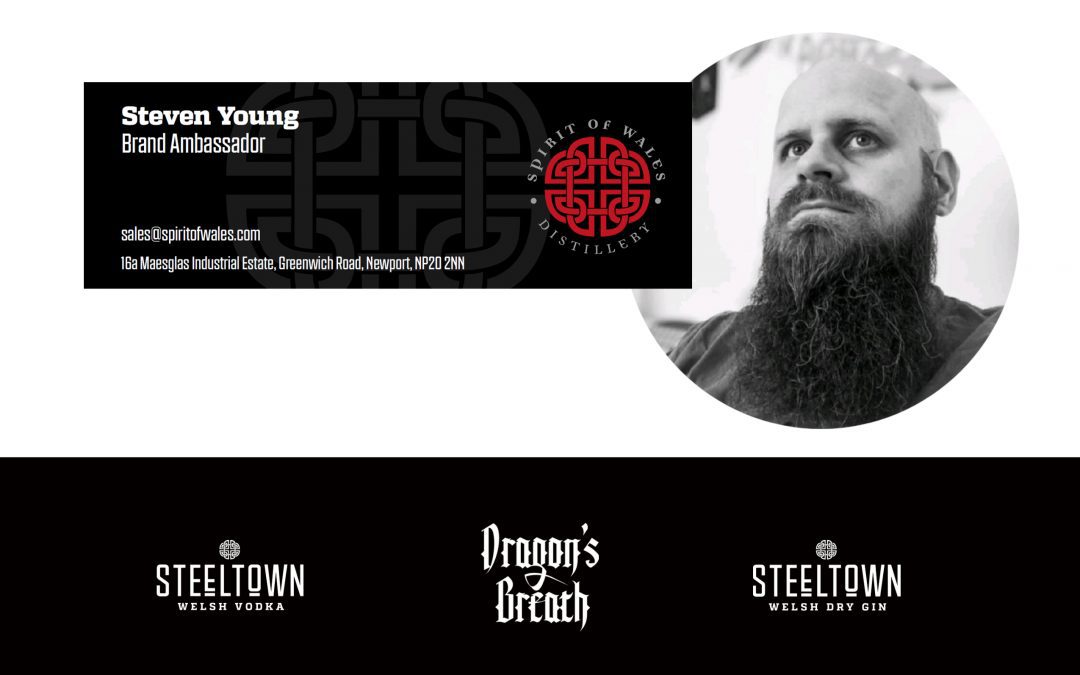 The Spirit of Wales Distillery, in South Wales, is thrilled to announce that new hire, Steven Young, will be their Brand Ambassador in August 2021 after leaving Boom Battle Bars.

Newport, South Wales, United Kingdom, 2 August 2021 – The Spirit of Wales Distillery in South Wales is thrilled to announce that new hire, Steven Young, will be their Brand Ambassador in August 2021 after leaving Boom Battle Bars.

Steve Young’s career in hospitality has only been on the up and up since 2006 when he joined a 2-star coach hotel as a server. His love for people and hospitality really came to the fore and soon he became a Duty Manager at the Atlantic Hotel.

After Steven moved to Barry, he started working at the Twenty Ten Golf Clubhouse venue at the 5-star Celtic Manor in Wales in 2013. At Twenty Ten his love for people and food and beverage really stood out, and he soon became a Chef de Rang, serving Royals, Presidents, and VIPs. Not long after, they made him the Food and Beverage Supervisor at Celtic Manor.

Steven next took on the role of Supervisor at Thistle in Cardiff, before becoming the Bar Supervisor at the High-end Cardiff wine bar and steakhouse, Pier64, in 2005. It was at Pier64 that he became a UK finalist in a cocktail competition hosted by Patron Tequila.

For the next four years, Steven would be a finalist in cocktail competitions, including those held by Nikka Perfectionist and Licor 43. Steven also moved from Pier64 to Academy Espresso Bar in 2017, where he would oversee the opening of 3 new Academy Espresso Bars in Barry and Cardiff over the next 3 years.

Boom Battle Bars, which opened their first adventure bar in the UK and quickly grew to become a national franchise, approaching Steven in 2020 and he became their National Training and Development Manager. One of his responsibilities was to form and develop their national cocktail menu.

“We are excited to have Steven on board, he is going to play a vital role in up-scaling our business as we launch new Steeltown and Dragon’s Breath Welsh inspired spirits in the near future.”

Steven starts at the Spirit of Wales Distillery on the 2nd of August 2021 and is excited to share the Newport-made gins, vodkas, and rums. He brings strong communication skills to the table and a passion for hospitality. Steven is available at sales@spiritofwales.com

About the Spirit of Wales Distillery

Formed in October 2020, the Spirit of Wales Distillery is a Welsh spirits producer, in Newport, South Wales. Proud of its origins, and taking inspiration from their environment and the passionate people of Wales, they have already won three awards for their Steeltown Welsh Dry Gin and Dragon’s Breath Spiced Welsh Rum. Unlike other vodkas, they filter their Steeltown Welsh Vodka through anthracite from Ammanford. Find the perfect pairing with Fever-Tree Mixers and Tonics or delight in the Spirit of Wales chocolate pairings to match each of their premium Welsh Spirits. The Spirit of Wales Distillery and their new brand ambassador, Steve, invites you to celebrate all things Welsh with them.

Daniel Dyer, from “The Spirit of Wales Distillery”: 01633 965035 or email Claudette de Chermont at marketing@spiritofwales.com