The Spirit of Wales is distilled for you in Newport, Wales by passionate and friendly people.

The peoples’ spirit inspired by the Welsh, an exceptional nation.

The Spirit of Wales is about people and their passion – to reimagine their world with delight.

We are from the land where dragons breathe fire, where we root for underdogs in life who make it with their determination and hard work.

We say cheers to you, to the spirit of Wales, with our distinct Welsh spirits that capture your essence. A homage to Newport’s history, rainy days and green hills, Celtic heritage, language, and literature. The Spirit of Wales is about the Welsh. It is about you, your family, and our people passed.

Wales has a massive food and drinks industry but with a small distillery scene compared to other regions of the UK. With this passion, our goal is to enhance the scene and create meaning for the Newport community and the people of Wales; whilst giving visitors from around the world a taste of who we are.

W. H. Davies, our lovable rogue and poet, also found his delight in the simple pleasures in life and consistently chose his destiny. His Welsh passion inspires us to capture this piece of Wales for you and the world to enjoy. Much like he glorified nature, we use natural ingredients to flavour our spirits with the fiery flavours of Wales. Meet our lovable rogue.

The Welsh town of Llanfairpwllgwyngyllgogerychwyrndrobwllllantysiliogogogoch has the longest name in Europe, previously the world, it means: “St Mary’s Church in the Hollow of the White Hazel near a Rapid Whirlpool and the Church of St. Tysilio near the Red Cave 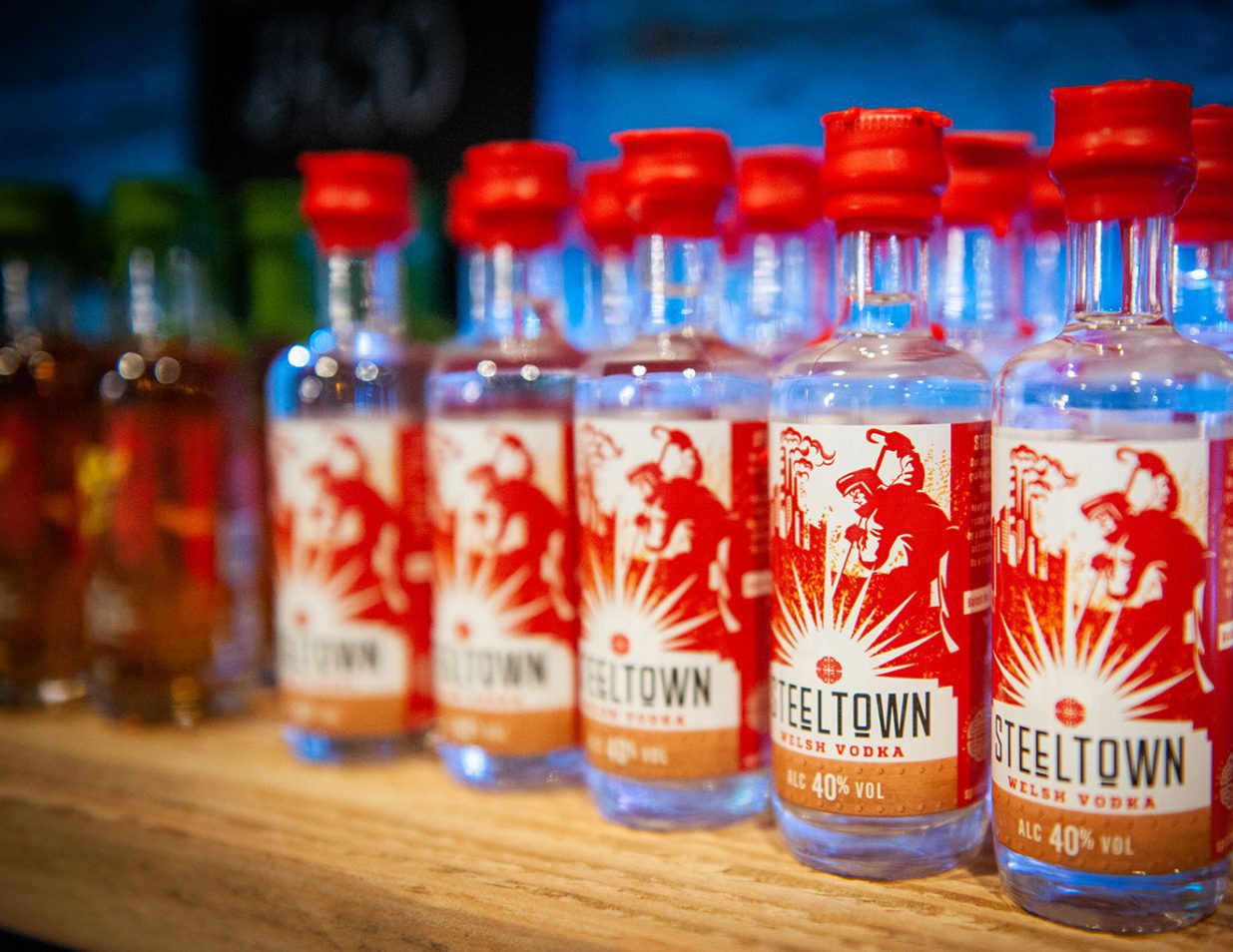 WE CAPTURE THE ESSENCE OF THE WELSH 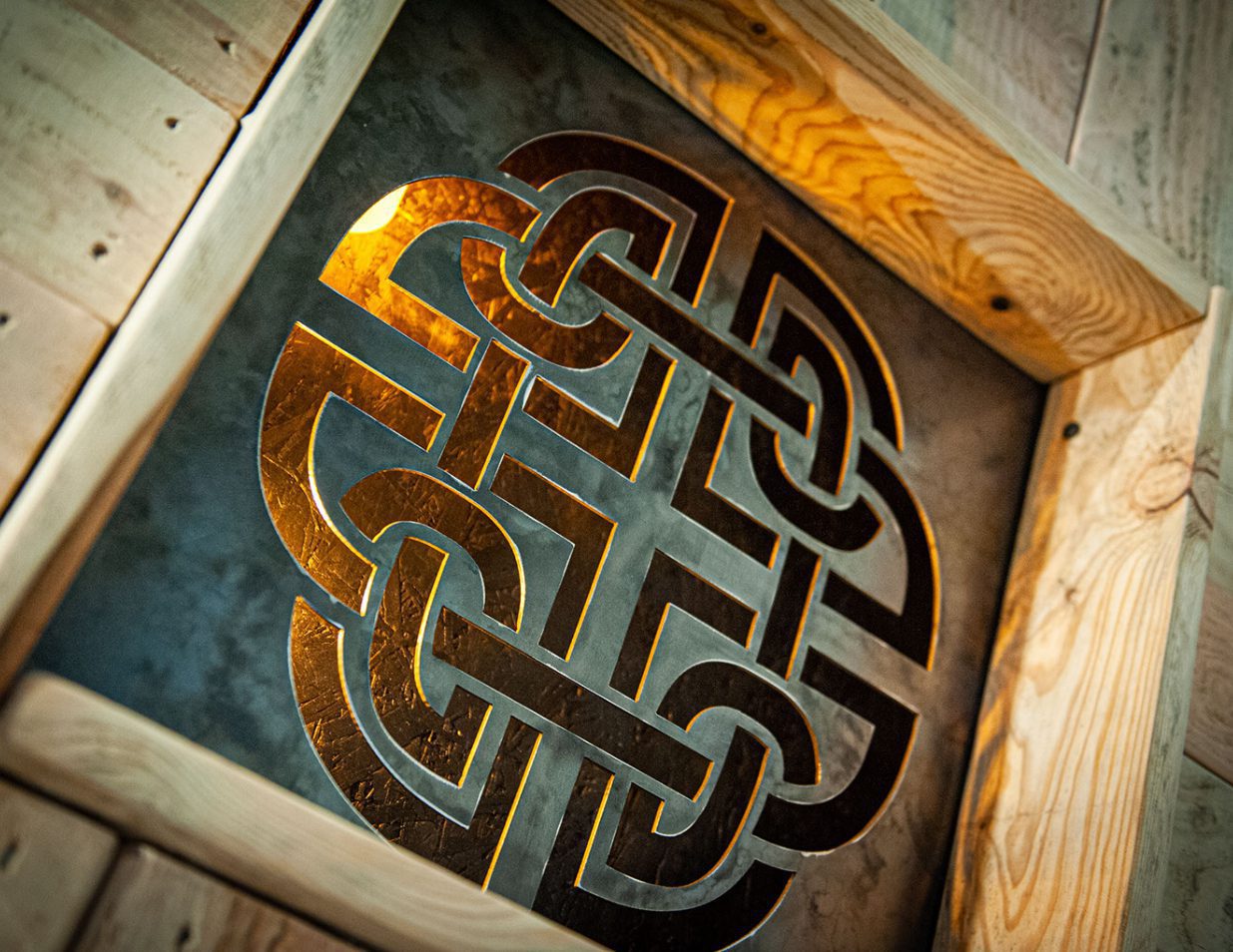 Wales may be a part of Great Britain, but it is so different in many ways. Wales has a unique character and incredible history, and the warmest people you will ever meet. Despite the miserable weather, the Welsh always have something to smile about! You cannot dampen our spirit unless our favourite team is losing.

Our rugby-mad nation may be a small country and nation (okay, our sheep outnumber us four to one). For our size, we have a bold atmosphere of a profound culture steeped in history.

The red dragon is the most recognisable symbol associated with Wales. The Welsh dragon is a symbol of strength and authority in history and culture. A national identity we wear with pride while we work and while we play.

The dragon is a mighty and mystical creature representing sovereignty, power, and authority for the nation. Rooted in the Greek word (add) meaning “to see clearly,” the Celts raise their force by invoking the “eye of the dragon”. Celtic nations believe dragons connect mortals with the earth’s magnetism and healing powers. They give the gift of vision, wisdom and prophecy through dreams and are the guardians of knowledge.

The Red Dragon leads the way for the Welsh, first introduced by the Romans in battle, then adopted by kings to show their authority when the Romans left. The Welsh have a positive relationship with Drew, their dragon (fierce yet benevolent) named after St. David, patron saint of Wales. More than mythology and folklore, our heroes are also praised for being dragon-like.

The prophecy is that when Wales faces its darkest hours, the Welsh Dragon will awaken to defend them. Y Ddraig goch ddyry cychwyn (the red dragon gives impetus). Although, as a nation rooting for the underdog enthusiastically, we are not sure if the dragon will need to return.

The Spirit of Wales was born to capture the essence of Newport and Wales with new thought-provoking recipes. We reimagine the heart of Wales as a world-class gin, vodka, and rums inspired by the landscapes and its passionate people.

Other than the dragon, the Welsh have two other national symbols. The Welsh having three national emblems has nothing to do with greed. The Celtic Welsh words for the leek and daffodil are so similar. The people of Wales chose both plants to avoid confusion.

The Celtic nations include Ireland, Isle of Man, Cornwall, Scotland, Wales, and Brittany. An advanced ancient society of brightly dressed warriors, brilliant thinkers, inventors, builders, and creators. These mysterious people lived in the Iron age and farmed their food, gathered nuts, berries and honey around their roundhouses with thatch roofs on green hill forts.

The Celts had sophisticated and advanced trading networks long before the Romans arrived. Their wealth came from their hidden gold deposits (Celtic Gaul), which they kept secret. Many assuming their wealth was from trading, making them the target of invasions, including one led by Julius Caesar.

The Spirit of Wales uses Celtic knots in our logo to celebrate this heritage. The Dara knot symbolises trees, specifically oak trees, which were valued by the Celts. The knot represents the longevity and strength of the tree through its interconnected branches and roots.

Each Celtic region has its cultural nuances and languages. A mystical nation that originated from Western Europe with few real documented accounts. Not trusting their secrets in written form, the Celts represented their lives through intricate artworks and patterns.

Ancient Celtic languages are prevalent today, evolved into modern Celtic languages, spoken by communities in concentrated regions in the United Kingdom. Unlike languages like Cornish, which almost went extinct, the Welsh language is alive and spoken fluently.

Interestingly, Celtic Welsh and Cornish do not include the letters K Q V and Z in their alphabet. These two languages are remarkably similar, sharing words for numbers, colours, animals, and weather.

The Wright brothers claim to have invented flying, but we all know that eight years before they set off in their flying machine in 1895, Welsh inventor Bill Frost took a short-lived flight and landed in a tree.

With its rich history, Newport is a unique city. On the mouth of River Usk, once the largest exporter of coal in Wales. Newport has attracted people for centuries.

Twelve miles from the capital Cardiff, Newport is the third-largest city in Wales, a gateway between England and Wales, with a deep cultural heritage dating back to Celtic settlements over two thousand years ago. From the Roman conquests to the Norman settlers who built the first castles to the chartists who developed modern democracy, our history is long. During the nineteenth century,

Newport went through rapid expansion with coal exports and steel production. The town provided accessible and modern docks with fourteen locks to transport cargo down the Usk; trade flourished, and the population grew.

In the early 20th century, we built the transporter bridge to carry passengers over the river. Still in use today and an iconic part of the Newport skyline. Just like that forever changed skyline, we want to capture moments in history in liquid form for you to enjoy today. It is a celebration of Newport and its people, full of cultural surprises.

Speaking of Cultural surprises, did you know this eclectic place that has inspired many people, including Joe Strummer from The Clash? He arrived in 1973 as a scruffy musician attracted to the brimming art scene before spearheading the punk scene. Johnny Cash also owes his comeback to Newport, a place of choice and opportunity where Jon Langford reignited his image with punk. As the Welsh nation, we have inspired much and have a lot to celebrate. The Spirit of Wales exists to say cheers to Newport and its people. 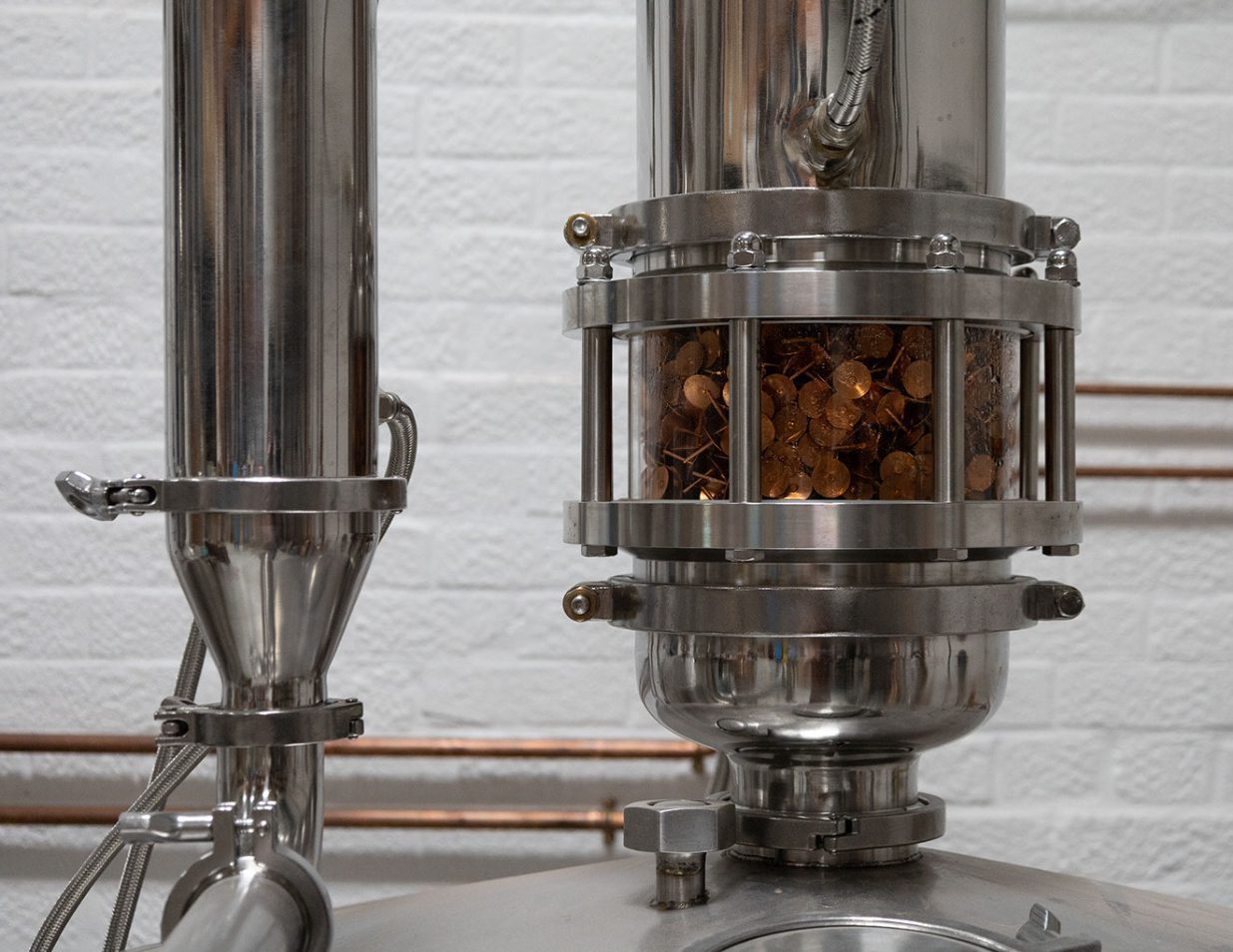 It is true, Harry Houdini, the great illusionist, visited Newport, where police arrested him for doing his craft. Once handcuffed, he then jumped off the Newport bridge whilst thousands watched in disbelief. Once he hit the water, he was free of his handcuffs and swam to a nearby boat and escaped with just a broken toe.